Showing posts from February, 2018
Show all

NCEA - we need to review our mindset first

February 26, 2018
On Friday I attended a NZQA Principal's Nominee (PN) Seminar that happens every year. Based on past experience I had braced myself for messaging that always felt completely at odds with the messages I had heard from NZQA whilst involved with their Future State Brainstorming Group. In the past I always felt I heard (from the top) a very genuine desire for schools to get on and innovate and really test the capacity for NCEA to be genuinely personalised to meet the needs of students. I would then head along to a PN Seminar and feel like that message had been lost, with PNs being encouraged to maintain relative conservative gatekeeping habits that so often meant schools are no where near as creative and responsive as they might (and should) be. Last Friday was different. For the first time I got the sense that NZQA was challenging PNs to evolve and adapt their practice. Hoorah! However what did still concern me was the prevailing mindset of the room. When asked to identify barriers f
7 comments
Read more 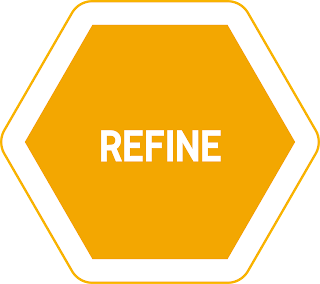 Refining is what we do best! This week marked my fifth anniversary as Deputy Principal at Hobsonville Point Secondary School and more importantly the first year that we will operate as a fully fledged high school, offering programmes for Year 9-13. It has been an incredible journey, one that involved an incredible amount of work from an evolving team of committed educators who have not only reimagined secondary learning at HPSS but have influenced changing educational models around the country. It is heartening to see when we reflect on where we started with students in 2014, that much has remained the same. This was taken from the introduction to the school  which I wrote back in our first week of operation: HPSS is a co-educational state school located in Hobsonville Point, Auckland. We are a MLE (modern learning environment) which means we are a large open plan school, typified by open flexible learning spaces, break out rooms and specialised learning spaces. The furnitur
1 comment
Read more
More posts