With “the enviro-reckoning” taking place at the close of the 21st Century the world in which people live has radically changed. Humans finally recognising that how we co-exist with the planet had to do things differently if we were to have a planet to live on at all. 2100 marked the beginning of what was to be recognised as “c age” where humans attempted to actively undo the devastating impact they had on Planet Earth. This also marked the beginnings of “global decolonisation” as humankind recognised the need to move from globalisation and controlling other countries to localisation and leaving others be. In Aotearoa, established values and ways of being in Te Ao Māori flourished. Humans stopped travelling, exporting and importing and instead turned to technology to connect, to experience the world and to produce what was needed locally. Humans endeavoured to consume less, living smaller lives, in smaller spaces. Economic growth was recognised as a damaging concept and linear economies soon became replaced by circular ones. With the rise of solar and anti-solar technologies humans no longer relied on non-renewable resources to survive.

Schools and universities ceased to exist in the 2100s. For a period it was thought that the notion of bricks and mortar spaces for education would be become a thing of the past as young people discovered, in being tethered to their devices they could indeed learn anytime, anywhere. However it did not take long for humans to realise that with the dissolution of physical learning spaces, the loss of teachers and the rise of online schooling, this radically personalised learning led to isolated learning - which in turn compounded ongoing issues around generations of hyperconnected youths feeling increasing disconnected. From the 2200s onwards social learning spaces were reestablished in the form of community co-learning hubs. These co-learning hubs once again provided shared spaces to engage in learning, unlearning and relearning which humans engaged in throughout their lives, as and when they needed it.

Over the next few hundred years co-learning hubs became known as co-hubs which in turn became the heart of reconnected collaborative communities. Co-hubs were many things, not unlike marae of yesteryear. Whakawhanaungatanga, manaakitanga and enabling a sense of belonging and connectedness. They provided communal food labs, green spaces, makerspaces, activation spaces, museums, libraries, hospitals, wellbeing centres, co-working and co-learning spaces. They were spaces that celebrated the past whilst preparing humans for the future. Co-hubs provided education that was neither organised by age nor subject but was instead a place where humans came together to co-design learning experiences as and when they need to, dipping in and out throughout their lives. Concepts of linear schooling faded away, as did the concept of qualifications. Over the years degrees were replaced by microcredentials, which were replaced by nanocredentials, which were in turn replaced by the picocredential until it was determined that these ever reducing credentials were a needless notion and that you could, in fact, simply learn.

Concepts of knowledge and knowing changed radically over the centuries. As neural implants became normalised so to did the notion of “augmented memory”, with humans able to simply “recall” any facts or figures, calling upon knowledge as they would a memory. Augmented memory was soon combined with augmented vision, smart retina implants meant virtual reality and external paraphernalia was a distant quaint memory. With information and immersive experiences so readily available the concept of learning and gaining experience changed irrevocably. The idea of rote-learning and recall was, of course, redundant and most hard skills could be mastered quickly. Soft skills and developing empathy became the markers of success. Whilst most learning could be accessed independently through augmented memory it was recognised that coming together to learn with human mentors was also important to guide self and others through learning and life. Human mentors were supported by the now ubiquitous personal Soul Machines™ AI mentor which could be accessed via neural implants or pocket hologram, if that’s what you prefer. The three R’s (reading, writing and arithmetic) were redundant and instead education tended to focus on the three S’s - survival, sustainability and social action and the three C’s - community, compassion and care.

In 2520 the concept of schooling, education and success has changed forever. It’s less about personal learning, personal excellence, gaining knowledge and qualifications and more about community learning, communal good, gaining empathy and developing the skills we collectively need to survive.

This was originally written for and published in Idealog 2019 Reimagination issue: https://idealog.co.nz/issues/2019/11/idealogs-2019-reimagination-issue-is-out-now
#future Education Idealog

SPANZ Day 1: More leadership needed in education - An Open Letter to the Minister of Education 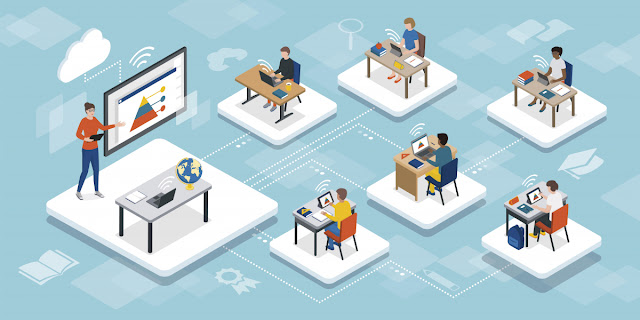 Image: elanabsl / Shutterstock Today marks the first day of the SPANZ (Secondary Principals of Aotearoa, New Zealand) Conference 2022. First things first, hats off to the conference organisers for a way more diverse (and IMO way more exciting) key note line up. Last year I was so incensed by the line up I wrote this . I want to thank SPANZ for taking it on the chin and whilst I have no idea if it even vaguely influenced the shift we see this year, I would like to acknowledge the awesome keynote speaker line up of Laurayne Taufa, Dr Damon Salesa and Dr Mere Berryman alongside the Minister and the Harrison Stone team. The letter below isn't directly about SPANZ but it does capture what is chewing me up as I set foot into this year's conference. Below is a slightly tweaked "open letter" version of an email I sent to the Ministry of Education and the Minister last week. As the tumbleweeds blow through my inbox as I await any kind of acknowledgement or reply, I thought it
Read more

The kids are alright... and they'll be even better if we actually start planning for a new normal. 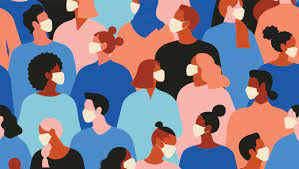 Yesterday I read Maurie's blogpost ' Time to Calm The Farm - Schools are not in chaos ' which provided a much needed reminder about the power we have to make to decisions in how we lead our schools and lead the narrative about education during a pandemic. It was a reminder also, that for many schools, teachers and learners that continuing to learn online was not the end of the world, nor was mandatory vaccinations, it was simply something we could, and for the most part, are managing just fine. It did however make me ponder what feels like a undercurrent of much of the push back and clickbait media headlines and stories, this idea that we are living through this massive and shocking disruption and that all of it is getting in the way of our much loved and lauded normality, which many still seem to think we may be returning to at some point. Even those of us who realise, in our most rational moments, the chances of returning to life as it was at the beginning of 2020 is real
Read more

Why need to close the digital divide in our schools - now! 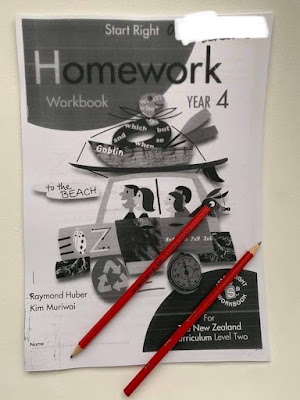 The "learning pack" sent to one family this week Link to the related article on RNZ  August 2021 marks 18 months since the arrival of COVID-19 in New Zealand and since then the country and regions has experienced a number of lockdowns. New Zealand's response has in many ways been phenomenal - articulate and calm leadership informed by science and research and supported by a compliant and committed "team of five million".   So why then do we let a digital divide persist? In a country with a government and leadership that prides itself on kindness and care I am confused and frustrated that we let a gaping digital divide mean that learning and connectedness during lockdown continues to be a school, decile and postcode lottery. Last year about 23,000 digital devices were purchased or leased by the government to supply to families that did not have one, the minister stating at the time that more than 100,000 children (about 80,000 households) did not have access to a
Read more